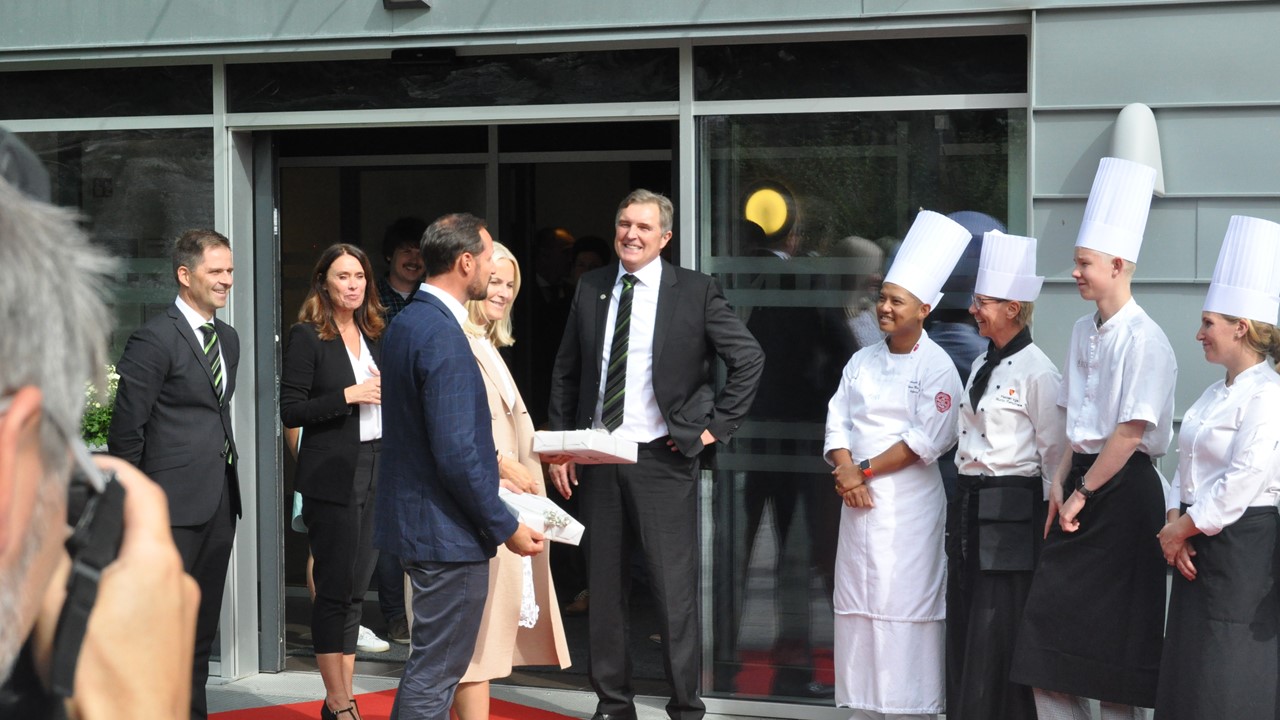 Having the Crown Prince and the Crown Princess here, was a good experience for several reasons. There is no doubt that they are genuinely interested in the technological development and the IT revolution we are experiencing. They take interest in Artificial Intelligence (AI) and understand the potential effect this will have on society

Arriving Halden and Remmen Business Park, the Royals were greeted by several children from the local kindergartens before being guided through eSmart Systems’ offices and having lunch with representatives from eSmart Systems, Smart Innovation Norway, Smart Cognition and Halden municipality.

Engaging in the IT Revolution

Then, the Crown Prince and Crown Princess were more thoroughly introduced to the IT revolution, AI, machine learning and drone operations – before given the chance to perform a physical task; Coding the drone so that it would recognize one of the attendees from the Royal staff.

During presentations and coding, both the Crown Prince and the Crown princess actively participated in discussions, asking questions and even filming and taking pictures with their private mobile phones.